← more from
tmwrk records
Get fresh music recommendations delivered to your inbox every Friday.
We've updated our Terms of Use. You can review the changes here. 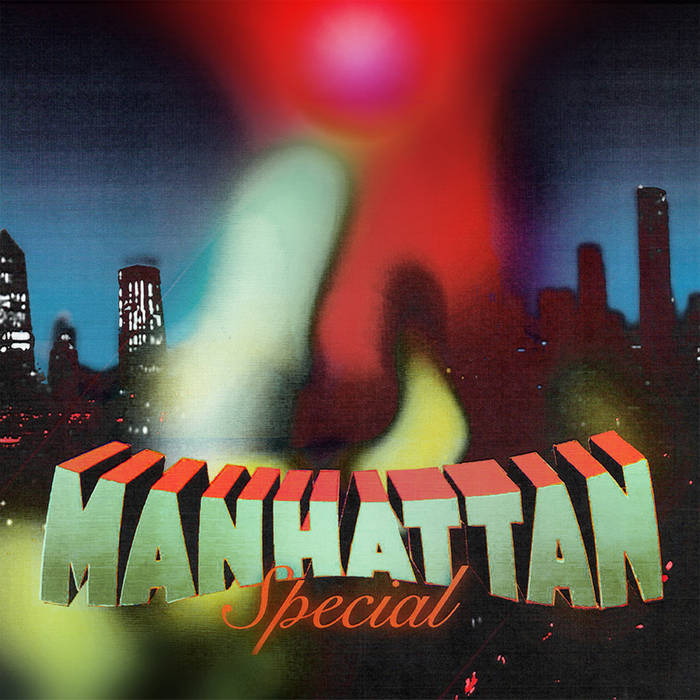 As song writers, we seek the emotional stories that are expressed through lyric, melody, and harmony, to capture moments in time. A sort of Magic. Richard Rodgers and Hart/Hammerstein were able to use songwriting as a means of bringing that magic to the world of music and theatre.

As a collective, we chose to curate an album of Richard Rodgers & Hart/Hammerstein songs for the 100th anniversary of these songwriters first works. Within each of these songs lives a conversation within a conversation. An ongoing collaboration that over time has left just enough room for our interpretation. The music having been written for the theatre, carried a naturally dramatic tone that allowed us to direct the energy in different ways.

It was an honor to be able to dive into the worlds of such beautiful songs. The stories in these songs have been retold for decades by artists whom we love and admire. We set out to create newly imagined worlds through the voices of today who care about the message of love , as the artists of yesterday did.


About Onyx Collective:
If Onyx Collective, the nebulous jazz ensemble whose name you may have overheard in downtown Manhattan at some point in the past couple years, seems elusive it is because they often are. Onyx shows are unannounced, impromptu affairs: the group will perform in a basement, at a cocktail lounge atop a hotel, and to the street from a storefront all in the course of a week. The cast of performers is interchangeable, as is the kind of music that they play. Salsa and funk are fair game, in addition to the band's own unique style of jazz.

Onyx Collective is a steadfast part of New York, and the city is the glue that holds the group together. "New York's role in Onyx Collective is everything," explains Isaiah Barr, saxophonist, sometimes vocalist, and de facto leader of the band. "The names of people, the places, the street corners here are so legendary and historically prominent - it leaves a roadmap that we can walk through and a story for us to follow."

Though an often rotating cast, Barr and Austin Williamson (on drums) are regularly joined by Joshua Benitez on keyboard, Jack Guliemetti on guitar, Felix Pastorius and Spencer Murphy on electric bass, and Dean Torrey and Walter Stinson on upright bass, with Maxwell Deter providing most of Onyx Collective's visual art. There is an additional group of artists who consistently orbit in and out of the Onyx universe. Nick Hakim, Princess Nokia, Julian Soto, Dev Hynes, Wiki, and other New York mainstays have performed with the band, and Onyx quietly features on a bevy of other artists' records. Barr featured 3 times on the new David Byrne record and made a cameo in Ibeyi's live band for their performance on The Late Show with Stephen Colbert. More recently Onyx Collective toured as A$AP Rocky's live band.

The group's enigmatic nature is undeniably a part of its allure, but the force that truly propels the group is technical musical proficiency (the band's members attended New York's musical conservatories as kids) coupled with a reckless abandon. Onyx runs a manic energy through their classical training to create a live show that at times feels as punk as it does jazz. Barr is known to wield two saxophones simultaneously, playing both over Williamson's feverish drumming.

In September of 2016, with little fanfare, Onyx Collective released Second Avenue Rundown, a collection of live recordings released via Supreme and Know-Wave. The vinyl sold out almost immediately, and the project cannot be found online - if listeners wanted to hear the group they had to track them down in New York. A little over a year after Second Avenue Rundown, Onyx Collective made their official debut beyond the city with the release of their EPs Lower East Suite Part One and Two in 2017. The recordings found on the projects are predominantly taken from live performances the band played across the city, capturing a diverse array of atmospheres and moments from New York. The band also released a joint 12" with Nick Hakim exclusively for Record Store Day 2018. Lower East Suite Part Three marked the first time that the group shared an entire project of recorded music that is written rather than improvised.

"There's something about where we play that makes it an Onyx Collective show," says Barr. "Not who we play to, that's not what drives it. It's where we play." Onyx Collective needs the city - the group could not exist without it. And at a time when New York seems more plagued than ever, it is apparent that the city needs Onyx Collective. "Our role in New York is to tell its story," concludes Barr. "In a way that is accrediting and paying homage to those before us, and to then add to what they've done."

Onyx Collective strives to make timelessly atmospheric sound scapes pulling from various styles breathing new life into every note. We approached the music of Richard Rodgers and Hart/Hammerstein similarly, extracting the essences of eras prior, and then reimagining from within and inciting today’s voices to introduce us to a new place... That Magical Realm, similar to the workings of the past.

Bandcamp Daily  your guide to the world of Bandcamp